What do you think of when you think of male friendships? Which friend, which group, which feeling and which memories?
I think of many things: evenings with "the guys", fun evenings, sports & leisure, hobbies, competing and drinking beer. Something "uncomplicated" that I can still rely on. Actually something nice.
It took me a long time to realise that something at all bothers me about male friendships (more on this in the following texts). But then what is it that makes me feel so comfortable among cis¹ men at the same time?

Among cis men I always feel the pressure of requirements of masculinity²; especially here I have to behave masculine in order to be acknowledged by others and if I fail to meet the requirements, I experience devaluation.
But at the same time, exactly these demands also offer the opportunity for self-assertion; by behaving particularly masculine and/or devaluing other people in the process. And that outweighs the negative side - the devaluation I can experience. I can acquire power and superiority through such processes and thus somehow feel good and strong.
However, masculinity requirements do not always have to amount to competing with each other. Their pressure and the attempt to fulfil them can also be bonding and become a team task, e.g. in sports or in the search for potential sexual partners. Even though it's a fine line between rivalry/competition & a bit of competing/supporting each other, the latter can also be enjoyable.
Still, in many of my (more casual) male friendships,there is a lack of emotional depth. It's a space where I know full well that it's mostly about having a good time. That's what makes it so cosy; I don't have to open up, nor give others the space to talk about feelings and weaknesses, that's often "silly" and exhausting anyway.
Men's groups are also spaces where I rarely receive criticism for supposedly harmless jokes, devaluations and insults. Claims like "We don't take it so seriously here" or "It's just fun" offer me a space without consequences for misogyny⁴, homo-, trans- and queer-hostility, ableism³ or fatphobia and not infrequently racism.
And lastly, I wonder if I am not also comfortable with the misogynistic idea that a male friendship offers an exclusivity. Something that not everyone can get into. Something without "exhausting" femininity. As if it were something disturbing that would somehow "complicate" or "not loosen up" situations.

It doesn't feel definitively settled why exactly I feel comfortable in male friendships now. But it is becoming very clear that actually any mechanism that makes me feel comfortable can be very violent for many non-cis male people. Be it my girlfriend, on whom the emotional work falls that is simply not done in my men's groups. Or the women I've flirted with in an assaultive way because I wouldn't take “no” for an answer and my mate encouraged me to keep trying. Or people with disabilities, gay men or FLINTA* who I devalue as groups and individuals when I have to prove myself to "the guys" again.
It is a stark privilege that these male friendships, so violent for many people, can be a feel-good place for me. That I can think about an uncomplicated evening with my boys and not what it does to people who are excluded from it because of "their femininity". To be able to think about things to do and not scary drunken groups of men on the street at night, assaultive behaviour, devaluing FLINTA*, misogyny, homophobia or male violence that men push each other towards.
To feel comfortable with this is actually absurd.

¹Cisgender/cissexual/cis-gender: For cisgender people, gender identity corresponds to the sex they were assigned at birth based on the social classification of their genitalia.

²Requirements of masculinity : Societal images and expectations of what is masculine and how boys and men are supposed to behave or act: What they like, how they appear, what they can do, all around: what is typical for them. All those who want to be recognised as boys or men have to deal with these demands.

³Misogyny: Misogyny is the term for hatred of femininity (especially emanating from men). This is expressed, for example, by women being seen as less professional or by things associated with girls and women being seen as embarrassing or bad - e.g. Pumpkin Spiced Latte, menstruation, the colour pink, romantic films and books, emotions, etc.

⁴Ableism: Ableism originates from the US-American disability movement. It describes the discrimination (and devaluation) of people with disabilities by measuring people against certain abilities - walking, seeing, interacting socially - and reducing them to their impairment. Ableism emphasises the unequal treatment, boundary violations and stereotypical attributions that people experience because of their disability. There is a normative idea of what people must be able to do or be capable of. Those who deviate from this norm are labelled as disabled and perceived as inferior.

⁵FLITNA*: Women, Lesbians, Inter people, Trans people, Non-binary people, Agender people. The * asterisk indicates the constructed nature of the categories includes people who do not place themselves in one of the above categories or who are (co-)included. It is a collective term for people who are oppressed by patriarchy and/or experience patriarchal violence. 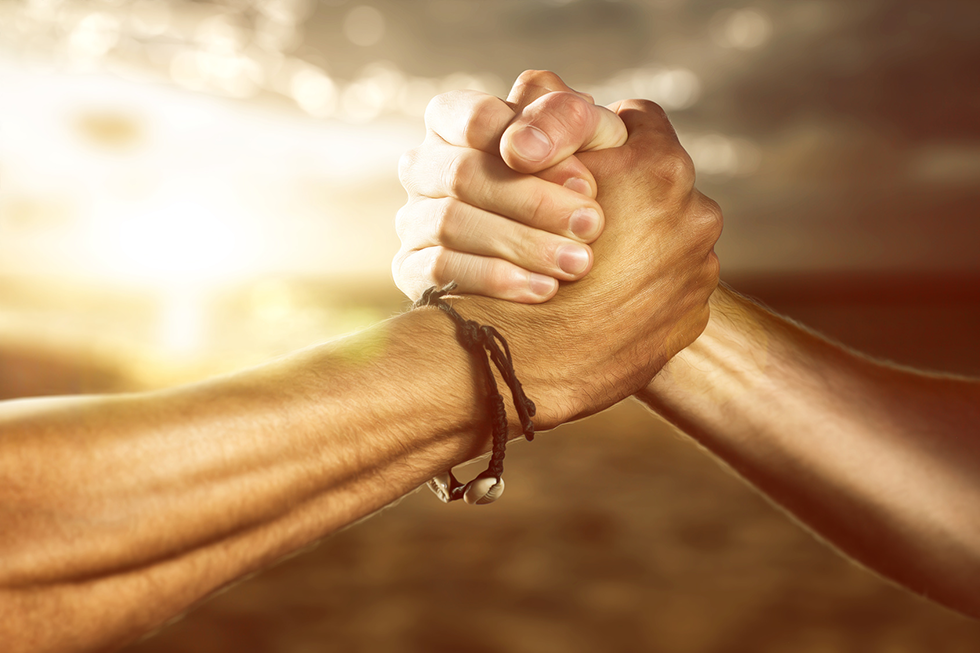